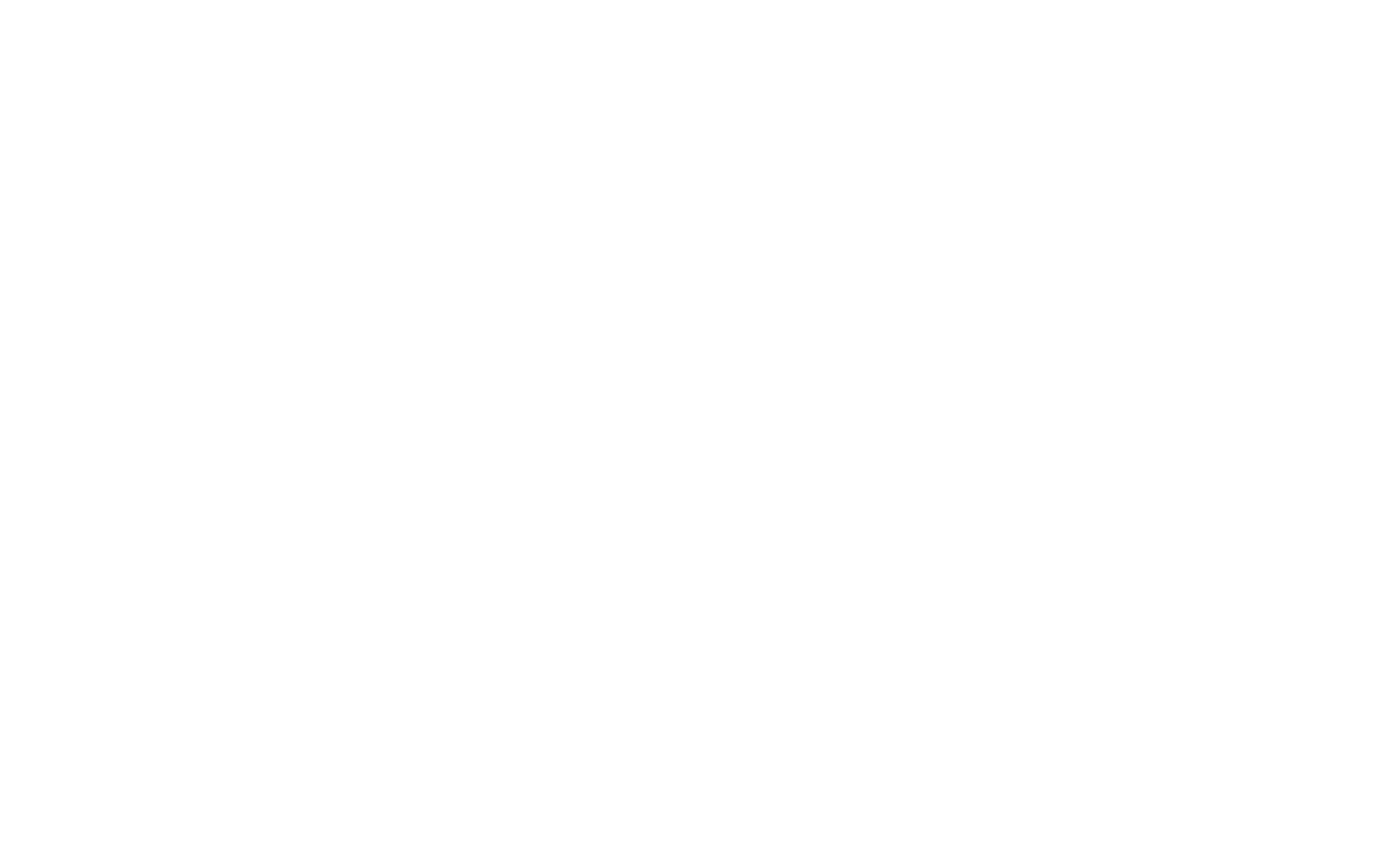 Eighteen years. That’s how long it will be from The Matrix Revolutions to The Matrix: Resurrections! This interim between the confusing ending in 2003, and the expected conclusion of the story, has been difficult for true fans. Many ideas and arguments are being presented across internet forums, in the hope of figuring out where things are heading. (See our first article, “The Matrix: Time to Let the Deja Vu Cat out of the Bag,” for more on this.)

Within the Matrix story itself, we will find a similar interim. Though Neo caused a type of peace to occur, the characters will no doubt struggle with aspects of doubt, faith, trust, and love. Those already ‘freed’ will seek to understand why the Matrix still exists, while others remain lost in what Morpheus described as, the prison that you cannot smell or taste or touch. The interaction between these separate ‘types’ of humans, within the Matrix, will cause its own set of problems.

And as some will find out soon enough, there’s also the idea of Matrix Resurrections.

Agent Smith: There’s no escaping reason, no denying purpose – because as we both know, without purpose, we would not exist.

Smith did get a few things right.

This interim stage between the third and fourth movies is not simply one of waiting to see what Neo will do next. He continues to have a role, even while “out of sight.” (More on this later.) For the people as a whole to escape the Matrix, there has to be a major paradigm shift. This is the kabbalistic concept of the “arousal from below,” mentioned in our previous article.

Despite the Matrix being in place for many generations (and Neo being the sixth ‘One’) relatively few humans have changed their way of thinking and escaped. Most remain content in the materialistic offerings that the “world of concealment” has to offer. They remain ‘inured,’ as Morpheus told Neo early on.

We can say they are ‘dead’ to reality.

Neo’s work to this point, bringing the ‘light’ of the Source into the Matrix, will help enable the required change. However, just as Neo had his own ‘condition’ to meet, humanity does as well.

This relates to what got the humans into the subjugation of the Matrix in the first place.  As the “back story” to the Matrix tells us, the self-centeredness of humans resulted in them enslaving the machines they had created, only to have the tables turned upon them and becoming the slaves.

This is the exactitude of punishment called middah knegged middah in kabbalah, meaning “measure for measure.”

Much like Neo, the rest of the humans have to work their way through the Matrix and “back to the Source” – their source, to their “original design” – one built not upon selfish desires. Each person’s path will be unique, but all follow the same structure that the Matrix represents — i.e., the kabbalistic ‘Tree of Life” and Worlds of Existence.

So here we go … The great secret of the Matrix story is this:

The Matrix is not meant to be a permanent situation for the enslaved humans and their machine captors. The Matrix is a means for humanity to rectify itself and the world, and restore the unity of all things.

We will develop this in greater detail in a future post.

For now, we’re going to look at some ideas regarding this interim period and how they relate to The Matrix: Resurrections.  We’re going to be citing directly from more kabbalistic texts going forward.

The above quote from the Oracle goes deeper than the final ‘battle’ between Smith and Neo. As we have discussed, Neo comes to see that Smith was not his enemy. Smith, at the very end, realizes that he was actually playing a role in a far grander plan.

A kabbalistic premise regarding humanity’s time “within the world of concealment” (our current existence), is that it has a beginning, a purpose, and an endpoint:

This concept of ‘wholeness’ is the precise definition of the word ‘shalom’ in kabbalah – usually translated as ‘peace.’

This relates back to Neo’s final discussion with ‘the Source.’ As we saw, the Source ‘sees’ that Neo is not standing there for any self-centered desire, but as one who understands the ultimate goal – which the Source agrees to:

Neo gave the only correct reply. Like Smith, the Matrix is not the ‘enemy’ of the humans. Its purpose is ultimately for the good of humanity and there’s a timeline for this.

The ‘7th’ Cycle After the Sixth ‘One’

The 3-step process of redemption, (1. an initial opening/pathway, 2. an interim period, and 3. fulfillment) is one that also appears on a small scale.

One example from the Biblical narrative:

From the Matrix, we could see this on an individual level:

The Matrix: Resurrections specifically deals with the greater concept of the “final redemption” of all humanity.

Kabbalistically, the very first word of the Bible (‘bereshith’) also means, “He created six.” In the plain sense, it refers to the six days of creation, which were followed by a seventh day of rest and transition.

Right away we have the related ideas of:

The same concept of six also refers to six millennia of time, the ‘clock’ starting with the expulsion from the Garden of Eden through the time we now live in.*

Six thousand years shall the world exist, and one [thousand, the seventh], it shall be desolate.
Talmud, Sanhedrin 97a

The six ‘masculine’ emanations/sefirot (from Chesed through Yesod) directly relate to these six millennia:

These six Holy Emanations that were the cosmic “DNA” for the six days of creation, and, subsequently, the six millennia of history that have followed.
Rabbi Pinchas Winston

(The above all relates to the Sefirot discussed in our intro article.)

Kabbalah follows the Hebrew calendar which currently is the year 5781 (As of November 2020) so we are still in the 6th millennium. (More on this later too!) These six millennia lead us into the seventh, known as the Messianic era. The latter is considered an interim period, leading to the “World to Come,” i.e., ‘eternity.’

The Matrix also follows the same type of timeline, with six versions of ‘the One,” ending with Neo. Being the sixth, he represents the emanation of Yesod (the 6th of the lower 7) which relates to the concept of ‘connectivity.’

In this case, Neo is connecting to what must come next – the ‘interim’ time before the fulfillment of the prophecy, destruction of the Matrix, and final redemption of mankind.

Thus the 7th millennium in kabbalah can be seen as corresponding to this time between the end of The Matrix Revolutions and the fulfillment of the famous Matrix prophecy.

So what does kabbalah tell us about this ‘7th millennium’ in human history that corresponds to the Matrix?

The Matrix: Resurrections – A Key Part of the Interim

It is taught that at the end of the millennium, souls return to their elevated spiritual level, to the world of existence called “Atzilut” which is that prior to creation. (See our article on the Worlds of Existence.)

The path to that point has some peculiarities however. One of these is that there seem to be two ‘types’ of humans during the 7th millennium. There will be ‘normal’ ones, as we are now, and those who have experienced a transition into a new form of human being:

After a time, with the intensification of our redemption and enlightenment, we will see the resurrection of the dead … the righteous people will be given special angel-like form and have no need for food or drink a state of existence that will continue into the World to Come.
Rabbi Moshe Taku, (Ketav Tamim 40b)

The above corresponds to the idea that in the Matrix, you have those still unaware and trapped in it (the ‘normal’ humans) as well as some (“the righteous”) who have the ability to traverse in and out of it (like angels).

As mentioned, humans trapped in the Matrix are effectively ‘dead’ to reality. When a person is ‘freed’ from that world of concealment, it is very much a ‘resurrection’ for them.

As we see in the first three movies, a small number of people experience this resurrection, with the rest of humanity awaiting the final great ‘escape.’

In addition to such random resurrections throughout the 7th millennium, there is also the idea that there are two ‘major’ times of resurrection.

The following text mirrors this idea, though it references those not having died at the end of the 6th millennium:

There will be two resurrections … following the seventh millennium of destruction there will be a second general resurrection to bring back the non-righteous to take part in the eternal World to Come. The righteous, not having ever died, will await the World to Come in an angelic state … the renewal will take one thousand years during which the righteous will await their reward in a spiritual state.
Mois Navon, (One Thousand Years of Shabbat)

This reflects an idea found in the Book of Revelation:

“Matrix Resurrections” is certainly a catchy name for the next movie, is it not?

As Always, “The Problem is Choice”

Perhaps the most peculiar idea concerning the 7th millennium, is that conflicting ideas seem to coexist. Kabbalistic writings portray this as both a time of rest and repair, as well as one of some type of ‘fallowness’ and ‘destruction.’

So which is it? It’s both, but we have to define some terminology.

The explanation is that when mankind fell from its correct path, creation was also made impure. Both humans and creation remained in this degraded state as evil increased. The problem requires much more than a “simple fix.” The ‘destruction’ of all creation is a necessary one that is ultimately for its benefit and that of humanity.

It’s the big ‘reset’ button, briefly mentioned in our discussions on Sati and on Persephone.

Which brings us back to what Morpheus once rhetorically asked Neo, “What is real? How do you define real?”

And as he stated at another point: “Your mind makes it real.”

* Though kabbalah views our present form of human existence as being less than 6,000 years, it also views the age of the universe as being over 15 billion years old.