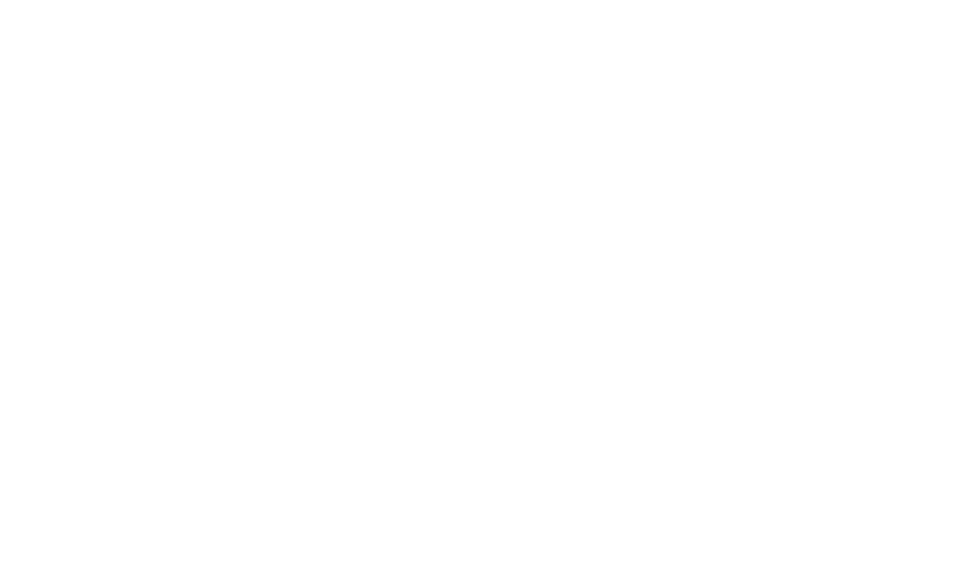 In this article, we’re going to ‘innovate’ and explore a peculiar idea. The new character of Bugs may be considered the central one of The Matrix Resurrections. We meet her first, and she is involved throughout the film in many critical scenes and dialogues.

As all the main characters of the trilogy represent some emanation/persona in the spiritual scheme, just where does Bugs fit in? The answer shows the kabbalistic precision of the Matrix story.

One thing to consider is how Bugs’ first conversations with Neo resemble those he had in the first movie when he met Trinity. Interestingly, both center around Morpheus, who represents the aspect of connection, via the emanation of Yesod:

“I know why you left your Modal open. You needed someone else to free Morpheus (Yesod). And it’s because of him that we were able to get to you. I know these things the same way that I knew one day I would find you. And that when I did, you would be ready for this. If you want the truth, Neo, you’re going to have to follow me.”
Bugs (Matrix Resurrections)

“I know why you’re here, Neo. I know what you’ve been doing. I know why you hardly sleep, why you live alone, and why night after night you sit at your computer. You’re looking for him (Morpheus).  I know, because I was once looking for the same thing. The answer is out there, Neo. It’s looking for you. And it will find you, if you want it to.” … “You have to trust me.”
Trinity (The Matrix)

In both cases, a woman from “beyond the Matrix,” is looking for Neo, who is himself trying to connect with Morpheus. This involves following a path she urges him to take.

There’s an obvious connection here, but Neo, as the “divine bridegroom,” already has his ‘bride’ in the form of Trinity. Yet, he clearly develops an important relationship with Bugs.

After rescuing Neo from his pod, Bugs sits with him to talk, while on her ship:

Bugs: That’s it, isn’t it? If we don’t know what’s real… we can’t resist. They took your story, something that meant so much to people like me, and turned it into something trivial. That’s what the Matrix does. It weaponizes every idea. Every dream. Everything that’s important to us. Where better to bury truth than inside something as ordinary as a video game?

Bugs: Heard so much about her. She was gone before I was free.

In the trilogy, when someone was freed, they would meet with the Oracle. Here, Bugs’s statement is followed by Neo drawing a connection between her words and those of the Oracle, who had been purged.

This makes the Oracle the most significant character seemingly not present in any form, in the movie.

In order to save Trinity, Bugs’ consciousness has to merge with hers.

Sati: In order to unplug Trinity’s body, while her mind still remains connected to the Matrix, I’m gonna need a second human brain to implement the bypass. And since Neo must be with The Analyst, the only available mind that’s a near-enough match is yours (Bugs).

This begs a question: How is Bugs “a match” in the manner Neo is?

In the ensuing scene (see the featured image at the top) we see the consciousness of Bugs merge with Trinity. This combined Trinity/Bugs entity joins with Neo to get the upper hand over the Analyst.

For a few moments, Trinity and Bugs are ‘partners’ to Neo.

And Yet … Here We Are

Reviewing what we have outlined thus far:

How are these three ideas linked?

Clearly, Neo’s connection to the Oracle is one of the ‘mother’ aspect and not a ‘bride.’ There remains a missing link in the analogy.

As we have previously mentioned, Neo and Trinity correspond to the Biblical figures of Jacob and Rachel. In the Biblical narrative, Jacob had two wives. He loved and desired to marry Rachel, but due to some “covert dealings,” he got fooled into marrying her sister Leah first.

As the story goes:

And it came to pass that in the morning, behold, it was Leah, and he said to Laban, “What is this that you have done to me? Did not I serve with you for Rachel? Why then have you deceived me?”
Genesis 29:25

The kabbalistic teaching of Rachel and Leah, is that they represented one soul. The division of this soul goes back to the Garden of Eden story, when Adam and Eve (Chava) were kicked out of Eden into a new reality – our present ‘physical’ existence.

This reflects the separation between the now hidden upper world (=Leah) and the lower world (=Rachel). It resulted in a level of consciousness that is largely separated from the higher spiritual worlds (i.e., the Matrix world versus outside the Matrix).

All that concerned Leah is kept under a veil, as she typified the upper world, which is veiled and undisclosed.
Zohar 1:158a

Jacob’s marrying the two sisters is seen as reconnecting these worlds.

As Leah is seen as the upper world and Jacob’s connection to that, she is thus a very subtle yet critical aspect of Binah/Understanding … as the Oracle is.

Jacob connecting what Rachel and Leah represent is equivalent to Neo connecting Trinity and the Oracle and what they represent.

There is another amazing parallel to the Genesis account. Jacob was given a second name in the Bible, one corresponding to a “higher self” he attained through struggle — as did Neo:

And he said, Thy name shall be called no more Jacob, but Israel: for as a prince hast thou power with God and with men, and hast prevailed.
Genesis 32:28

There is established teaching that Jacob’s two names correlate to two identities within him, each married to one of the sisters:

The Ariz’al stresses that Jacob has two identities Jacob and Israel. This is an idea with which we are familiar from the biblical text. The Ariz’al explains that Jacob was married to Rachel while “he” who is identified with Israel was married to Leah. This is not a case of schizophrenia; rather, Jacob embodies two missions which need to come to fruition. These missions are represented by Leah and Rachel.
“Rachel and Leah,” Rabbi Ari Kahn, Aish.com

From a conceptual standpoint, the fact that Bugs appears ‘later’ is of no concern:

In Hasidic Kabbalah, this difference in the position of the two images of the Shekhinah indicates two different types of souls. There are “Rachel souls,” practical and grounded in their nature, over against “Leah souls,” more contemplative and spiritual. Two such souls may arrive in the same generation, but they may also appear in successive generations so that practically-minded eras in history are followed by spiritually-oriented epochs.  R. Isaac based this fundamental distinction on the different positions of Rachel and Leah in relation to Ze’ir Anpin (=the 6 masculine emanations=Jacob/Neo)
“The Third Gate and the Women of Binah,” Dr. Marc Gafni

Thus, the higher-level Neo (at the 4th movie level of collective consciousness) has a new ‘partner’ to connect with at an intellectual level … in Bugs.

Back to Our Second Clue

As we alluded to earlier, Neo sensed an “Oracle connection,” in what Bugs related:

Neo (responding to Bugs): That sounds like the Oracle.

“Sounds like.” Bugs is not the Oracle, yet through these (and subsequent) comments, she brings a deeper understanding (=Binah/Oracle) into Neo’s perception.

What is also fascinating, is how Bugs ties together the aspects of past and future in Neo’s life. This is another function of the Oracle/Binah, who represents the future as well as understands the past (=the Architect).

That is shown in this exchange:

Bugs: No. No, there was peace. You made it possible, and it changed everything.

Neo: Doesn’t feel like it changed anything. The Matrix is the same or worse. And I’m back where I started. It feels like everything I did, everything we did … like none of it mattered.

Bugs: All of it mattered. I can show you.

Bugs is the human expression of Binah, just as Trinity is of Malkhut.

Binah is thus the actualization of Chochma, and Malchut is the actualization of the emotions. In both cases, the male principle is the abstract idea and the female principle is its concretization. The two Biblical archetypes for these two facets of femininity are the two wives of Jacob, Leah and Rachel. Leah is represented by the first hei of the Divine Name (Yud-Hei-Vav-Hei), and Rachel by the second hei. Since the four letters represent a sequential, descending process in the act of creation, this means that Leah (the “upper” hei) represents a higher level of spirituality than Rachel (the “lower” hei). Leah personified Binah; Rachel personified Malchut.
“The Mystical Aspects of Feminity,” Moshe-Yaakov Wisnefsky

Bugs is to Trinity, what Leah was to Rachel — her “other half.” This is what was meant by what we said earlier, that Trinity is the emotional/physical aspect of the “Rachel Bride” of Neo/Jacob, whereas Bugs is the intellectual aspect of the “Leah Bride.”

This aspect of a ‘hiddenness’ to the Oracle’s understanding in Bugs’ dialogue with Neo, is consistent with that of the figures of Leah and Jacob.

Everything related to Leah in the Genesis story was kept under both a metaphorical and literal veil. Much like the spiritual worlds are veiled from us – the “reality outside of the Matrix,” in our films.

Even in the manner of their deaths, the aspects of concealed and revealed are seen with Leah and Rachel. Much as the ‘death’ of the Oracle was not known to us until Bugs mentioned it, whereas we all saw Trinity perish — interestingly along the ‘road’ to a destination, as did Rachel:

It is in accordance, too, with this difference between the upper and the lower worlds that Leah was buried away from sight in the cave of Machpelah; whereas Rachel was buried by the open road. Hence it is that all blessings are from two worlds, the disclosed and the undisclosed, though the whole originates from the upper world.
Zohar 1:158a

Ladies of the Left

Finally, another character attribute we see in Bugs, was her being ‘deceptive,’ but for a good cause. First by sneaking into the modal to look for Neo. Then, when she helped free him from the confinement that Niobe had placed him in.

Leah, was also known for this attribute. Further, when confronted, she was quick to challenge her ‘accuser,’ just as Bugs did with Niobe:

Said he [Jacob] to her [Leah]: “You are a deceiver and the daughter of a deceiver!” “Is there a teacher without pupils?” she retorted. “Did not your father call you Esau, and you answered him! So did you too call me and I answered you!”
Midrash Rabbah – Genesis 70:19

As we saw in this confrontation:

Niobe: We are not going to have this argument again.

Bugs: It’s not an argument. It’s a fact. You gave up on people.

Neither Leah nor Bugs were simply being ‘troublesome.’ Each had insight into the greater plan and knew what the next step required. Just like the Oracle did.

Oracle: That’s his (the Architect) purpose: to balance an equation.
Neo: What’s your purpose?
Oracle: To unbalance it.