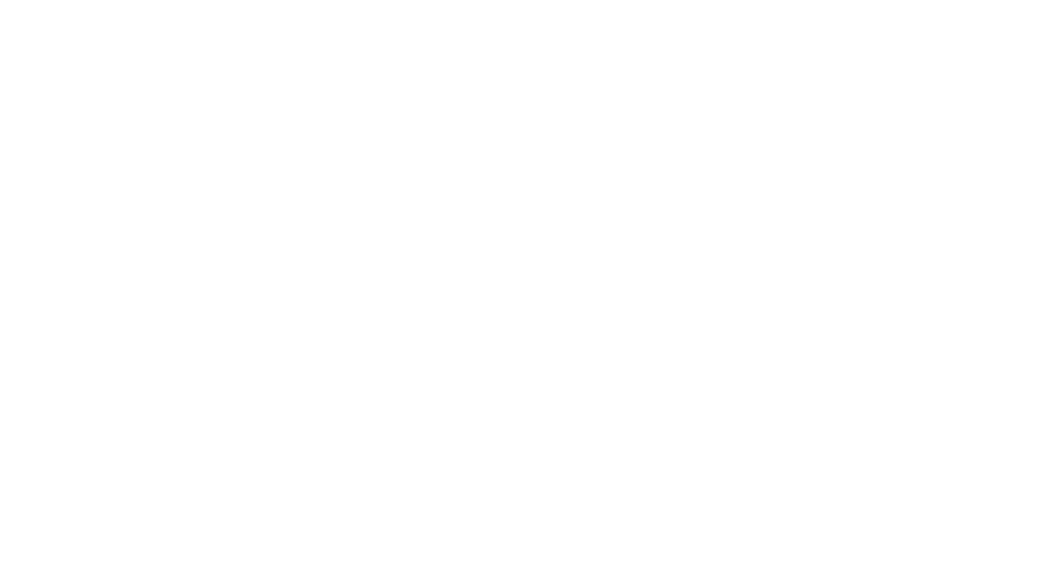 There’s a reason we are starting with Trinity (portrayed by Carrie-Anne Moss) aside from her being the first main character we meet in the movie. In the kabbalistic scheme of things, she has a key relationship to the attribute of Malkhut/Kingdom.

The sefirah of Malkhut is associated with our physical world, which corresponds to the Matrix world in the movies. If you look at the diagram below, you see that it is ‘furthest’ from the emanation of Crown/Keter, which relates to “the Source.”

As such, everything that emanates out of Keter, flows down into Malkhut. Thus Malkhut has a unique relationship with Keter – in the same manner the Matrix world does to the Source. (More on this later as it applies to the coming 4th movie!)

As Malkhut corresponds to the Matrix world, it relates to the beginning of the “path of the One.”

The term Malkhut, and other words and phrases associated with this attribute, are feminine both grammatically and in relation to function. This includes concepts of bride and daughter, both of which are significant in the Matrix story. This has nothing to do with ‘gender’ of course. You may refer to our previous study if needed. 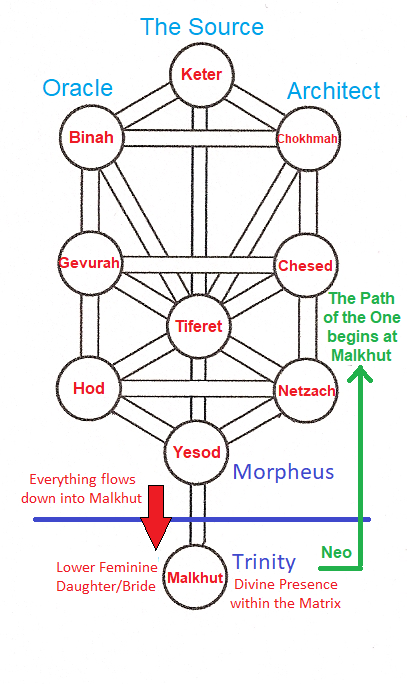 The initial role played by Trinity, with regard to Neo, is that of something within the Matrix, that comes from beyond the Matrix – the real world.

Here, she functions as an aspect of the Shekinah, (shek-ih-nah) which is the term for the “divine presence,” in our “World of Concealment.”

The “path of the One” begins with this contact. In fact, everyone’s ‘path’ begins at Malkhut/Shekinah in some form.

The principle here is that must be a ‘seeking’ of spirituality or greater consciousness within our world that starts the ‘process.’ This ‘spark’ (a hidden connection to the Source) is present in every human, but concealed by different barriers in the Matrix.

In the Matrix this was what Neo was sensing and looking for. Morpheus related this to what he called a ‘splinter’ in Neo’s mind.

As we will discuss in later articles, this is a step in turning from self-centeredness toward our “true selves.”

In kabbalah, personal terms are often utilized to explain spiritual concepts. These include; Father, Mother, Son, Daughter, Groom and Bride.

The idea of the divine ‘bride,’ also associated with Malkhut and our world, is especially important. Naturally, if there is a bride there has to be a groom.

The “love story” between the divine groom and bride, is a highly discussed topic in kabbalistic literature. Bringing them together is symbolic of correcting the separation between our physical world (connected to the bride) and all spiritual reality beyond our world (relating to the groom).

This theme is also at the core of the Matrix trilogy, represented by the relationship between Neo and Trinity. In Matrix terms, this will eventually amount to doing away with the false reality of the Matrix and returning to a peaceful existence.

There are steps along this chain of events, however, including a necessary and much larger-scale “awakening from below” on the part of the people, that we will see in the fourth Matrix movie.

Seek and It Will Find You

Trinity’s response to Neo’s “searching,” is a concept called, “bringing close the distant ones.” (Kiruv Rechokim). The idea is that when we seek something in truth, that truth will reward our sincerity with what we need to advance. It could be a book, conversation, a dream, even a ‘chance’ meeting with someone helpful.

As Trinity said to Neo;

“The answer is out there, Neo. It’s looking for you. And it will find you, if you want it to.”

This is the first stage. Because Neo responds positively to the situation he finds himself in, he is enabled to take the next step on the “Path of the One.” He will merit meeting Morpheus, functioning at the connective emanation of Yesod/Foundation.

A Reminder About the Attributes

Keep in mind that the human characters throughout the Matrix movies, just like us, contain the complete array of the ten emanations within them. Some are simply more active or passive than others in certain people. This is what gives us our unique personalities and skillsets.

This being the case, Trinity is not ‘only’ Malkhut, nor is Morpheus ‘only’ Yesod, as mentioned in the examples above. In these instances, we are discussing their attributes with regard to the first parts of Neo’s journey.