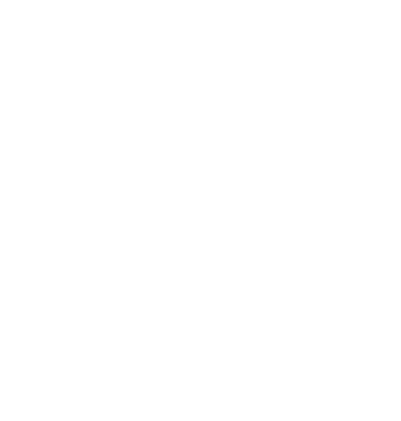 Among the many interesting facets to the Matrix Resurrections trailer is the featured song, “White Rabbit,” by the Jefferson Airplane from 1967. It is truly an outstanding choice with regard to its hints at a hidden reality. (Also, the strings they added to the end of the song make it very intense!)

This line, in particular, has a very specific connection to the Matrix story:

When logic and proportion, Have fallen sloppy dead …

We can certainly ask a number of questions about this:

Going back to an idea in our Knowledge Base, when dealing with the worlds of existence, concepts such as logic, proportion, time, space, etc. are all aspects of the lowest of the worlds, that of our “physical existence.”

As we have explained, our physical world corresponds to the “Matrix world” in the movies.

Going back to when Neo was first training with Morpheus:

This is a sparring program, similar to the programmed reality of the Matrix. It has the same basic rules, rules like gravity.

As with our own world, the ‘rules’ concerning such things are only part of the Matrix and not what is “beyond it” in any sense.

Thus when Neo has established mastery over this world, the Oracle tells him:

You have the sight now, Neo. You are looking at the world without time.

Thus, “logic and proportion” do indeed “fall sloppy dead” when dealing with reality beyond the Matrix, as those things do not apply (at least not in the same way.)

This lyric fits very well, especially for The Matrix Resurrections, as this movie will redefine what “beyond the Matrix” means. (12.22.21 seems too far off. In the meantime, all we can do is ‘Go ask Alice!’)

As we saw in The Matrix, The Matrix Reloaded and The Matrix Revolutions, the further that Neo advances “along the path” of increased consciousness, the less he is dealing with the limitations of the Matrix world.

This path began with an understanding of the limitations of the Matrix world, as Neo learned sparring with Morpheus. It continued through many levels of struggle, with new and unexpected barriers and connections. Finally, it culminated in his mastery over both the Matrix world and the world of the agents.

As we show in one of our Introductory articles, this 3-stage path follows the first three movies.

The last line from the White Rabbit song is another interesting one:

Without a doubt, this may have had “additional connotations” back in the 1960’s – but it’s the intention that we are considering. In this case, the idea of seeking a higher level of consciousness.

The intention is what matters regarding such things. Even a “spiritual endeavor” can be a self-centered one. A narcissist studying and spiritual tradition because “it’s cool,” remains a narcissist.

As we mentioned early on in our character profile on Morpheus, true advancement in consciousness/spirituality only happens with humility and a desire to seek good for something beyond ourselves.

Otherwise, you end up on a self-centered ego trip, like the Merovingian.

Ironically, it was old ‘Merv’ who stressed the importance of the “Why?” behind our actions, in The Matrix Reloaded.

This is one of many iconic phrases from the Matrix trilogy. As with Alice in Wonderland, this venture is not a simple one. In our world, and as we see in The Matrix, this path is fraught with danger and pitfalls. We, like Neo, will engage in some “trial and error” in our approach.

There’s a line from a different song that goes:

There are many paths we travel, To seek a drop of truth.

The main thing to remember is to stay focused on the return to the Source. There will be obstacles, but here’s the key – These barriers also emanate from the same Source! They are there for a reason — one that has to do with correcting something within ourselves.

As Morpheus said in The Matrix Reloaded.

Another important aspect is that through all of this, one must learn not to fear – as this gets in the way of the correct desire – to return to one’s true self. (Remember the Temet Nosce sign in the Oracle’s apartment!)

This was a big lesson at the end of the first Matrix movie, as we learned from Trinity. With the sentinels breaking through the hull of the vessel, just moments from killing everyone in the ship, she spoke this to the seemingly ‘dead’ Neo:

We all saw what happened after she said that.

This will be an important theme in The Matrix Resurrections, only on a much larger scale as all of humanity has to return to the Source.

Consciousness Barriers in the Matrixconsciousness, Soul, The Matrix: Resurrections