Neo’s Power Over the Sentinels

When Neo first arrives on the Nebuchadnezzar in the first Matrix film, all we know about him is that Morpheus believes he is someone that he calls “the One.” There’s no indication this early on that Neo will be fighting, and capable of defeating, sentinels – the “killing machines” sent by the machine world against the humans in Zion.

Much later, in The Matrix Revolutions, the Oracle offered Neo some interesting insight regarding his newfound ability:

Neo: Tell me how I separated my mind from my body without jacking in. Tell me how I stopped four sentinels by thinking it. Tell me just what the hell is happening to me.
Oracle: The power of the One extends beyond this world. It reaches from here all the way back to where it came from.
Neo: Where?
Oracle: The Source. That’s what you felt when you touched those Sentinels. But you weren’t ready for it. You should be dead, but apparently you weren’t ready for that, either.

The Oracle always says interesting things. Of particular importance here is her referencing Neo’s relationship to the Source. 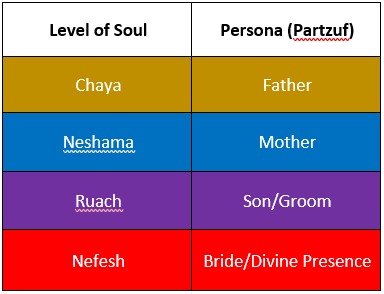 We begin by returning to the idea that each of the three Matrix movies is related to one of the levels of the soul for Neo. In kabbalah, each of these levels also corresponds to a “spiritual persona,” called a ‘partzuf’ (Plural: ‘partzufim’)

The lower four soul dimensions are those associated with these personae, as shown in the chart.

As discussed already in several posts, in the first movie Neo rectifies his soul level of Nefesh, which is associated with the Divine Presence and ‘bride,’ relating to Trinity.

After encountering multiple new entities and complex situations in The Matrix Reloaded, Neo brings repair to the next (Ruach) level of his soul.

Back to the Nebuchadnezzar

Where is this leading us? Back to the Nebuchadnezzar and the first time Neo was brought aboard. Walking to the main deck, he and Morpheus pass a plaque on the wall.

There’s a very peculiar clue on it that points to the power of the One with regard to the scene in Matrix Revolutions where the sentinels drop in front of him. The plaque references Mark III No: 11. (See image below.)

If we correlate this to the New Testament gospel of Mark, we find something interesting. 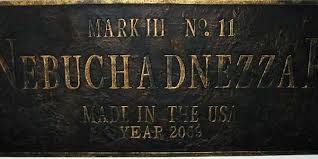 Here’s the verse in question:

When the impure spirits saw him, they fell down before him and cried out, “You are the Son of God.”
Mark 3:11

At the end of The Matrix Reloaded, Neo selflessly risks his life and faces the approaching sentinels, who fall before him.

It is at this point, at the end of the second movie, that Neo has rectified the Ruach level of his soul.  Corresponding to our chart, this would relate to the partzuf/persona of “son.”

More specifically, due to his connection, Neo is the “son of the Source” – which is what he felt when he stood before the sentinels – as the Oracle later told him.

When the sentinels saw him, they fell down before him as he had attained the level the ‘son’ with relation to the Source.

This is a very subtle connection in the Matrix.